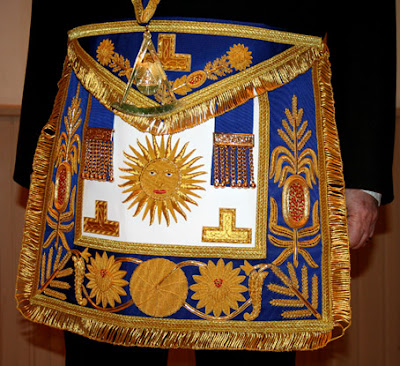 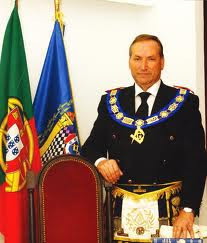 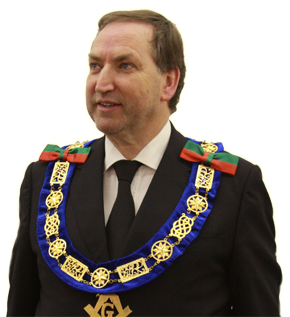 Declaration of the MRGM to the newspaper "Sol". Freemasonary and Lusophonie. 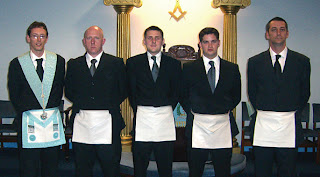 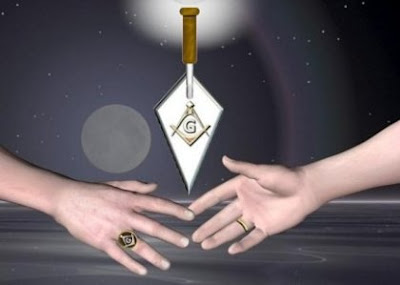 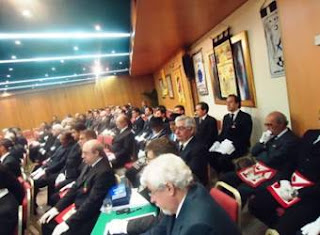 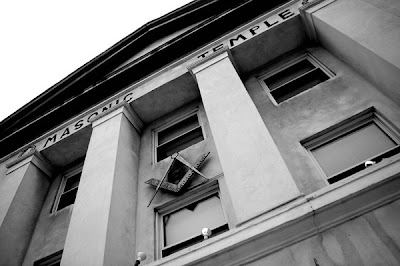 Whenever I walk through Tuckahoe, I'm always fascinated by the Masonic Temple on Main Street. In addition to the marvelous architecture, there's the mystery in my mind about who exactly the Freemasons are—as I tend to get them all jumbled up with the Elks and the Knights of Columbus and the Shriners and such.
So after walking past the temple this morning, I decided to go straight to the source. The Dunwoodie Lodge #863, as it's called, ﻿has a website﻿, and on it, Robert McPhillips, the senior warden of the lodge, dispels a few myths.
Now despite what you might have heard or read about Masonry there are some misconceptions. Here are but a few, according to the website:
1) We’re NOT a secret society. We are however a fraternity, and as such we hold meetings in private, like any other fraternity would. Ponder this if you will... would Masons post Masonic emblems on ALL of our buildings, or for that matter wear Masonic rings if we were a secret society? And let’s not forget you’re reading this on a website that anyone can access, which even includes a link to our bulletins.
2) We’re NOT a cult or religion. In fact we don’t require any man to be of any particular faith, but just simply have a faith. This is because faith in God is the cornerstone of Freemasonry.
3) We’re NOT plotting to take over the world as has been asserted by conspiracy theorists in the past. In fact, the opposite is true. Masons are very patriotic men and a more patriotic group of men you will not likely find. Many of our founding fathers were Masons, like George Washington, Benjamin Franklin, and 11 signers of the Declaration of Independence, to name but a few. And considering the fact that Freemasonry has been around for many centuries we would have to be the slowest conquerors in history if that were our agenda. It’s almost laughable.
So there you have it, there's not much of a secret to tell. Frankly, I was a bit disappointed, preferring to think, I suppose, that something nefarious was going on behind the closed doors of the building, some global string-pulling, perhaps, right from the heart of Tuckahoe.
N.B. The building also houses the Marble Masonic Historical Society, which is dedicated to preserving the history of the Freemasons and the marble industry in Tuckahoe.
In http://bronxville.patch.com/articles/sunday-series-inside-the-masonic-temple
Posted by Luz do Oriente at 17:02 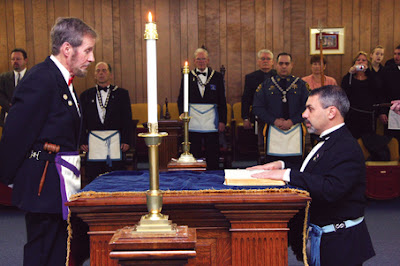 In any constituency the installation of the Officers of a Lodge marks the starting point of its Masonic year. For Luz do Oriente the appraised ceremony have two meanings: it concludes a process of four years to raise columns of a regular lodge in Macao [China]; it validates the process of training of Brethren for the benefits of the Royal Art. In the first case Freemasonry has a long history in Macau of almost 250 years making the Royal Art available for Free Men of Good Report believers in the presence of God among Men and its enlightening luminary. Part of the history –completely unknown – needs to be told. In the second case this enterprise would not be possible without the pushing effort of two Portuguese, a British and an American Master Masons. For the circumstances of life one of them is no more close to us but the other three are part of the blocks that brought our Temple from the scratches. We turn to be a larger family with people from different social background, either Portuguese of from other nationalities. This process is closely connected to the sort of society Macau is, a crossroad between East and West, the gate to that marvelous civilization that is China. In this cosmopolitan gathering, this melting pot of races, cultures and even dialects, Freemasonry turns to be the connecting point to transport that process of cultural interexchange more deeply into the soul of Men. Under strict discrency we raise temples to the virtues of men and we burry the vices that oppress their liberty. As we are doing for centuries.
Posted by Luz do Oriente at 09:39

The 20th Anniversay of the Grand Legal Lodge of Portugal

The Grand Legal Lodge of Portugal celebrated its 20th anniversary this last 18th May. Twenty years ago, a group of freemasons left the Grand Orient Lusitano, the historical Portuguese Obedience, and were regularized by the Grand Loge Nationale Française. From this former group, several Lodges emerged that in time formed the District of Portugal of the Grand Loge National Française. Among the Brethren that traveled to France to receive the regularization were Fernando Teixeira, José Manuel Moreira, José Carlos Nogueira, Pisanay Burnay, Álvaro de Athayde, Nandin de Carvalho, José Manuel Anes and Nuno Nazareth Fernandes. From this group, Portuguese Freemasonry retook its regularity something that HAD lost in 1918 when the Grand Oriente Lusitano aligned with the Grand Orient of France, rejecting the belief on the Grand Architect of Universe, and the use of Book of the Sacred Law as mandatory principles of the Fraternity. Insofar the recognition of GOL by the United Grand Lodge of England was cancelled.
The Brethren of the Grand Legal Lodge of Portugal gathered in a dinner to commemorate that festive date.
Posted by Luz do Oriente at 10:53

Logo of Luz do Oriente 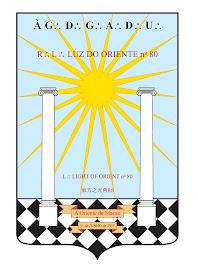 Luz do Oriente
MACAU, China
A Regular Lodge located at Macau SAR, and meeting on the first and third thursday of the month to the Glory of the Grand Architect of the Universe.

Book of the Month 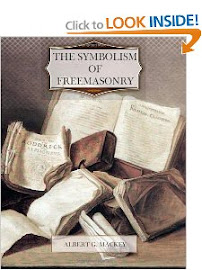 To the Glory of the Grand Architect of the Universe